During storms, the City ensures all major roads are cleared and sanded so that emergency vehicles (ambulance, fire trucks and police), public transit and private vehicles are able to travel key routes.

To view a larger map with details download a PDF version: 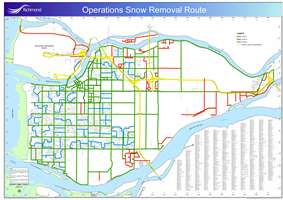