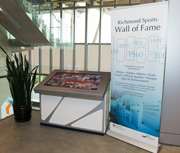 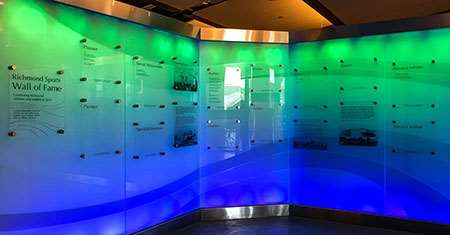 Nomination Process
Nominations accepted until December 31 of each year for induction in the following calendar year. Any individual or association may submit a nomination by either:

Induction Ceremony
Mayor and Council host the induction ceremony in City of Richmond Council Chambers, where inductees are . Inductees are presented with a framed certificate along with their name added to the Richmond Sports Wall of Fame at the Richmond Olympic Oval.

Inductees
Following is a list of all the Richmond Sports Wall of Fame inductees from past years:

Email sportswalloffame@richmond.ca for questions and inquiries.